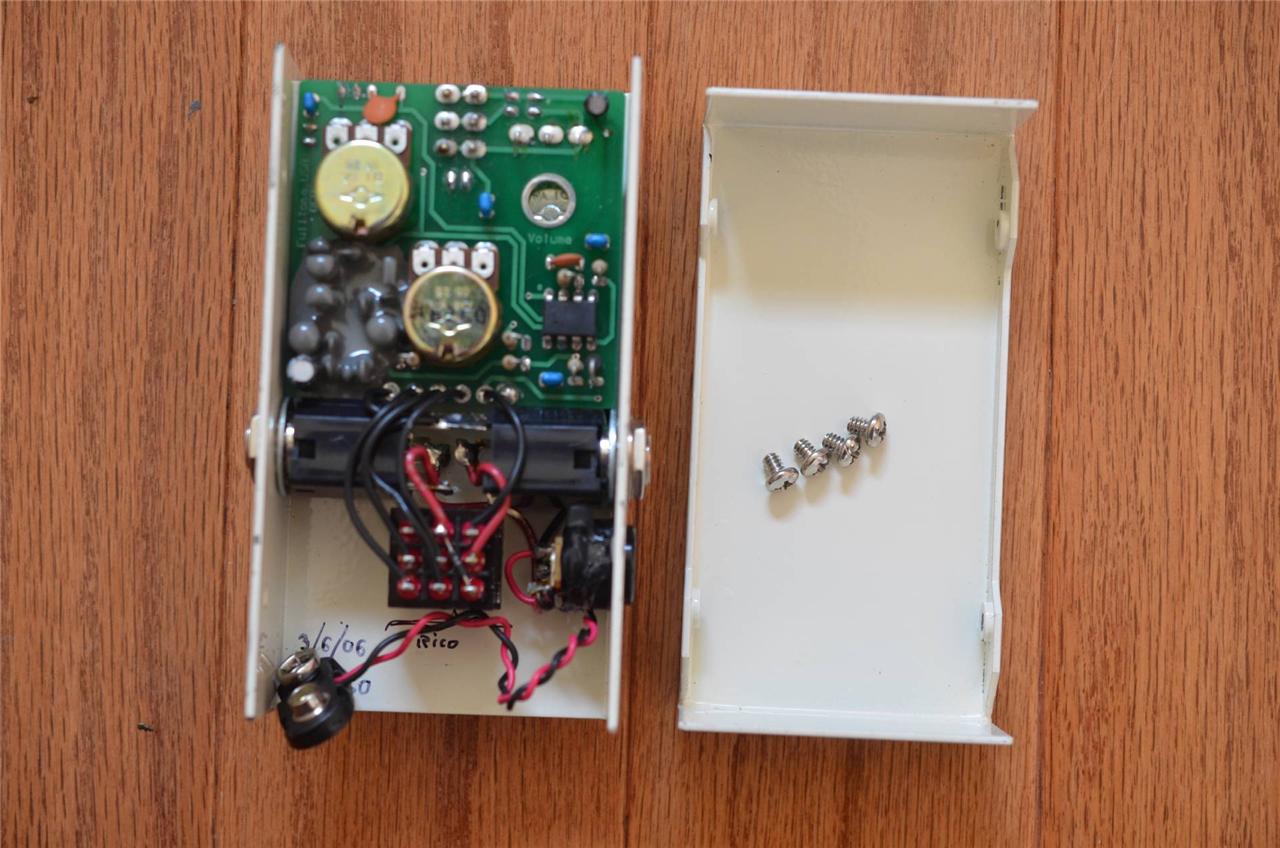 Usually inside the pedal the grey rubber covers almost all the circuit board. Many of theese pedals have white pots intread the black ones.

Usually inside the pedal the grey rubber covers only the bottom left of the circuit board. 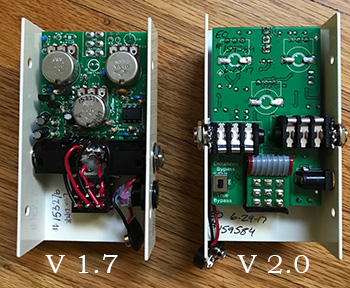